On Wednesday, May 18, 2022 the Congressional Gold Medal was awarded to the U.S. Merchant Marines of World War II, who played crucial roles in the county’s war effort. Veterans of the Merchant Marines risked life and limb to deliver critical supplies to U.S. forces.

“[President Franklin D. Roosevelt] called their mission the most difficult and dangerous transportation job ever undertaken,” House Speaker Nancy Pelosi said at the ceremony, which was held in the Statuary Hall at the United States Capitol and attended by congressional and military leaders. The National Statuary Hall is a chamber in the U.S. Capitol devoted to sculptures of prominent Americans.

A throw blanket was displayed during the ceremony. The blanket depicts a painting titled Vigorous Victory flanked by images of the Congressional Gold Medal and the American flag. Vigorous Victory is a painting by Joey Lowenstein; painted in June 2021, it honors the U.S. Merchant Mariners and Joey’s father Norman Lowenstein.

Americans might know little of the contributions of the U.S. Merchant Marine. They are civilian sailors who operate ships carrying commercial goods to worldwide ports. During wartime or a national emergency, the U.S. military can call the merchant mariners into service to transport personnel and supplies to wartime theaters. More information about the American Merchant Marine Veterans can be found here: www.AMMV.us

Sunday, May 22, 2022 — After hearing that he would be presented with the throw blanket that was touched by the Merchant Marine Veterans of World War II at the recent ceremony, Joey Lowenstein wrote via his letterboard: “Emotional is an understatement, I’m such a proud young man with dreams bigger than life itself. Looking forward to what the future brings.” 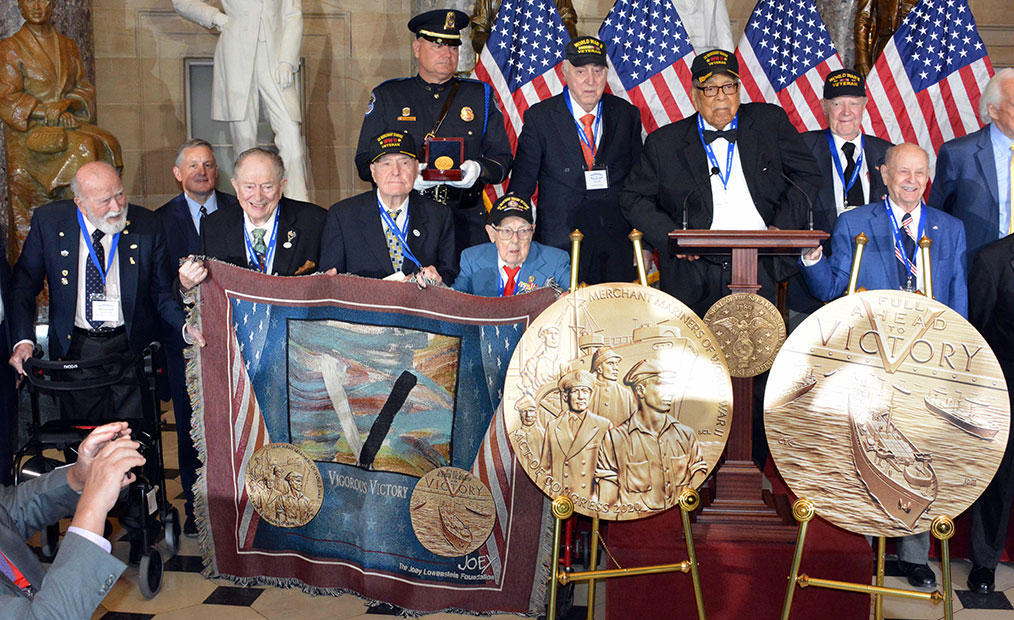 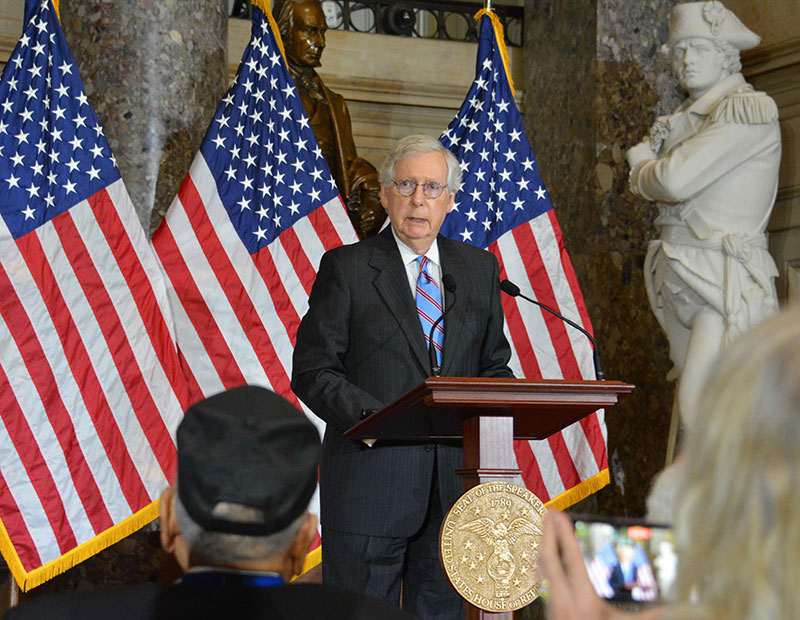 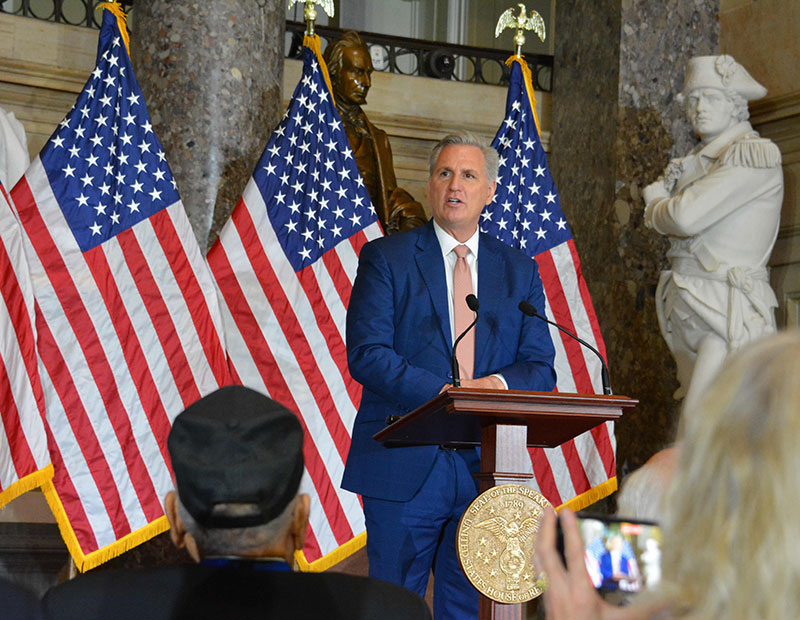 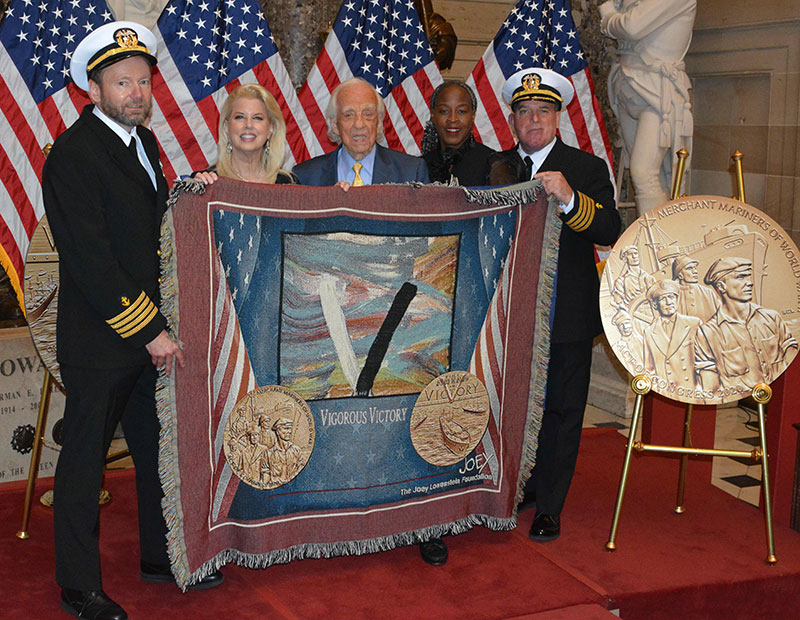